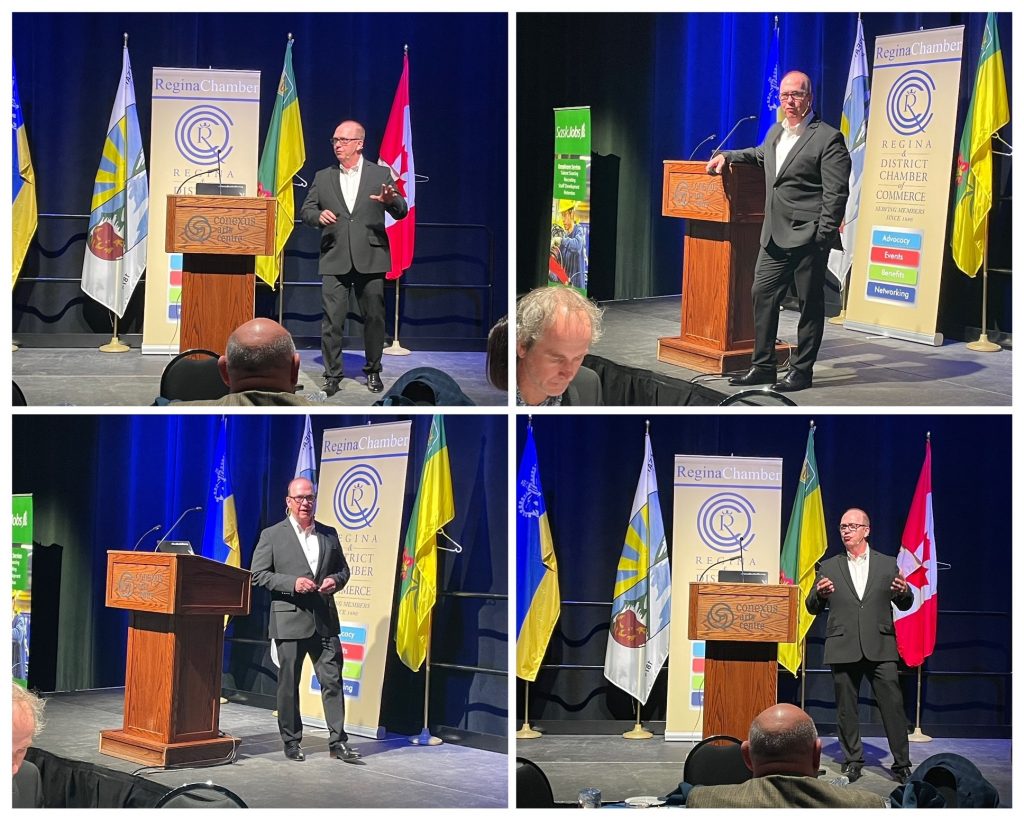 The Regina & District Chamber of Commerce hosted its All-Nations Career & Job Fair on Oct. 20 with Eddie LeMoine serving as the event’s keynote speaker.

What follows is a brief synopsis of Eddie’s presentation:

What’s it going to be like after the pandemic?

Government subsidies during the pandemic were helpful but most businesses are more concerned about the future.

“Talking with a business leader about the subsidies, he said that he really didn’t care about what worked last year. He was having issues finding people. He wanted to know what businesses needed to do next year, what they needed to do this year.” 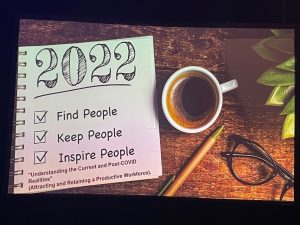 The old model for employee recruitment has changed significantly.

“You could hire junior staff, and those junior staff would come in your organization. They work their way up through your organization. You promote them with middle-level managers or technical doctors or nurses or whatever it was, whatever industry you’re in, and then you will continue to promote those until they became older and they would retire.

“That has totally changed. For someone starting a career in the last 10 years, their average stay at one job is 18 months and then they move on to something new.”

An aging population is a major challenge for the Canadian economy and Canadian society as a whole.

What strategies are companies using to find employees?

“Companies are hiring headhunters that steal other people’s employees and we’re seeing poaching in industries that we’ve never felt before . . . G7 countries are looking for people with the same set of resources as we are so now you’re competing with wages of New York City, Silicon Valley, Germany. It really changes the field.

“U.S. companies are now aggressively coming north of the border to steal employees and they found a way to do it that they’ve never been able to do before – they actually don’t have to bring the new employees to the U.S. That’s a big game changer that happened during the pandemic that really changed the landscape.”

The jobless rate numbers are frightening.

Employees are more productive when working from home.

“In reality, companies that can engage their employees are getting on average two and a half hours per day more productivity if they work from home than if they actually go to work . . . Employees never worked an eight-hour day like an eight-hour day. But from a productivity perspective, we’re getting an average of about two and a half a day more for companies that can engage their people.”

Engaging the workforce is vital.

“I like engagement as a solution. It increases productivity, profitability, cost containment, employee attraction, customer retraction. There’s really something in it for everyone . . . If you look at the term ‘engagement,’ it means leveraging individual strands and aligning it so it doesn’t matter what the job description is. It’s the same thing as leverage and strength.

“That’s a myth, people don’t leave companies because of bad bosses. It’s not true. People will stay with horrible bosses if they love their jobs and the people they work with . . . You want to build that camaraderie and teamwork within the organization .”

Being truthful is key as a leader.

“You have a responsibility as leaders, managers and organizations to inspire your employees. I always tell the truth and I say to you leaders that your employees watch every single thing that you do. They watch what time you show up in the morning, how your interact with clients, what you wear and the food you eat. Everything that you’re telling them through your actions is validating different behaviours. You set the ground rules for that.”

For more information about Eddie LeMoine go to eddielemoine.com.

SOCIAL MEDIA CAN BE AN IMPORTANT BUSINESS TOOL

HOW TO GET A BUSINESS LOAN IN CANADA

HOW TO BENEFIT FROM THE NEW ERA OF HYBRID WORK