A GREAT DAY NETWORKING ON THE GREEN

The Regina & District Chamber of Commerce held its annual golf tournament — Networking On The Green — on Mon., June 20 at the Wascana Country Club and it was a roaring success.

Mother Nature, despite earlier predictions, provided a spectacular day for the Texas Scramble event. Taylor Portfolio Management served as title sponsor for the tournament, which was won by the foursome of Tyler Willox, John DiStasi, Nick Cannon and Robbie McLellan.

Photos from the tournament can be viewed by clicking HERE. 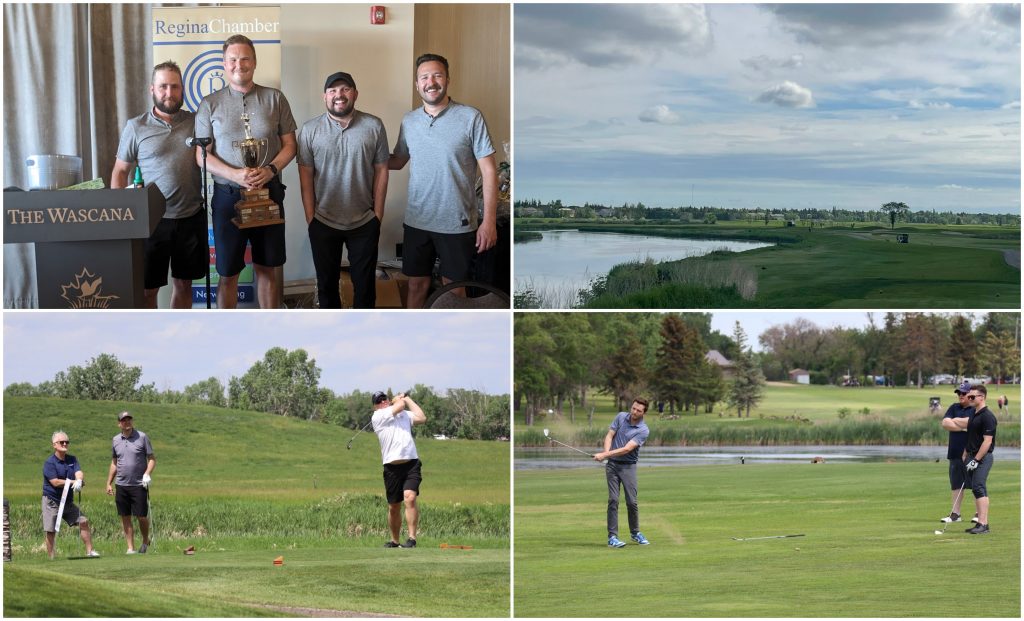 JASON DITTMANN INAUGURATED AS 137TH CHAIR OF THE CHAMBER

FHQ DEVELOPMENTS AND REGINA CHAMBER TO SIGN MEMORANDUM OF UNDERSTANDING