The combination of a low Bank of Canada interest rate and a high inflation rate is making things challenging for business owners throughout the country.

On Wednesday (January 26) the Bank of Canada announced that the key interest rate would remain at 0.25 per cent with a likely increase being implemented in the coming months. The Consumer Price Index (CPI) is currently edging toward five per cent for the first quarter of 2022 with the Bank of Canada forecasting an inflation rate of 4.2 per cent for 2022.

These conditions make operating a business a difficult proposition.

“There’s two things at play here and one is obviously trying to deal with really staggering inflation,” said Eric Dillon, CEO of Conexus Credit Union. “The way to do that is to slow the economy down and one method for that is to raise interest rates, which typically reduces the amount people borrow. So if I’m a local business, borrowing costs typically will go up. If you owe money on your building or if you have an operating line of credit or a loan for inventory, your borrowing costs will go up. 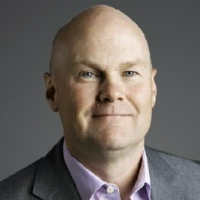 “The other side of the coin is we’re all subject to inflation. Whether that’s in wages, whether that’s in the things that the business owner buys to help run their business, all of those things are costing more. The government is actively trying to combat that inflation, which now right now is running between 4.0 and 5.0 per cent, which is quite a bit higher than what the Bank of Canada would like, which is typically around 2.0 per cent.”

The pandemic has played a large role in the increase of inflation but Dillon believes there’s reason for business owners to be optimistic moving forward.

“I think everybody believes that it must be dealt with. It’s what’s called transitory inflation, which means it’s not permanent. It’s a result of so much money being pumped into economies through government spending in the last two years to combat COVID that there’s just so much money that that drove inflation up,” said Dillon. “What the Bank of Canada said today was we believe inflation will come back closer to Earth, 12 months from now or 18 months from now, which is why they agreed to leave the rate low, just because they think it’s just a transition problem.

“And as the government pulls back on all the stimulus spending, it will naturally come down and they’re forecasting it’ll be back down to 3 per cent next year, which is still higher than they’d like, but better than the 5 per cent we’re at today.”

Dealing with inflation and the interest rate is a Catch-22 circumstance for the federal government.

“They’re really trying to solve two problems: how do we combat inflation and at the same time, raising rates is a challenge for growing the economy which we all know is necessary to do coming out of the pandemic,” said Dillon. “So what they basically said today was because the pandemic is underway, now is not the right time but rate increases are coming. They have to be to combat inflation.”

The next scheduled date for announcing the Bank of Canada’s overnight rate target is March 2, 2022. It will publish its next full outlook for the economy and inflation, including risks to the projection, in the Monetary Policy Report on April 13, 2022.

2023 BOARD OF DIRECTORS — EXPRESSION OF INTEREST