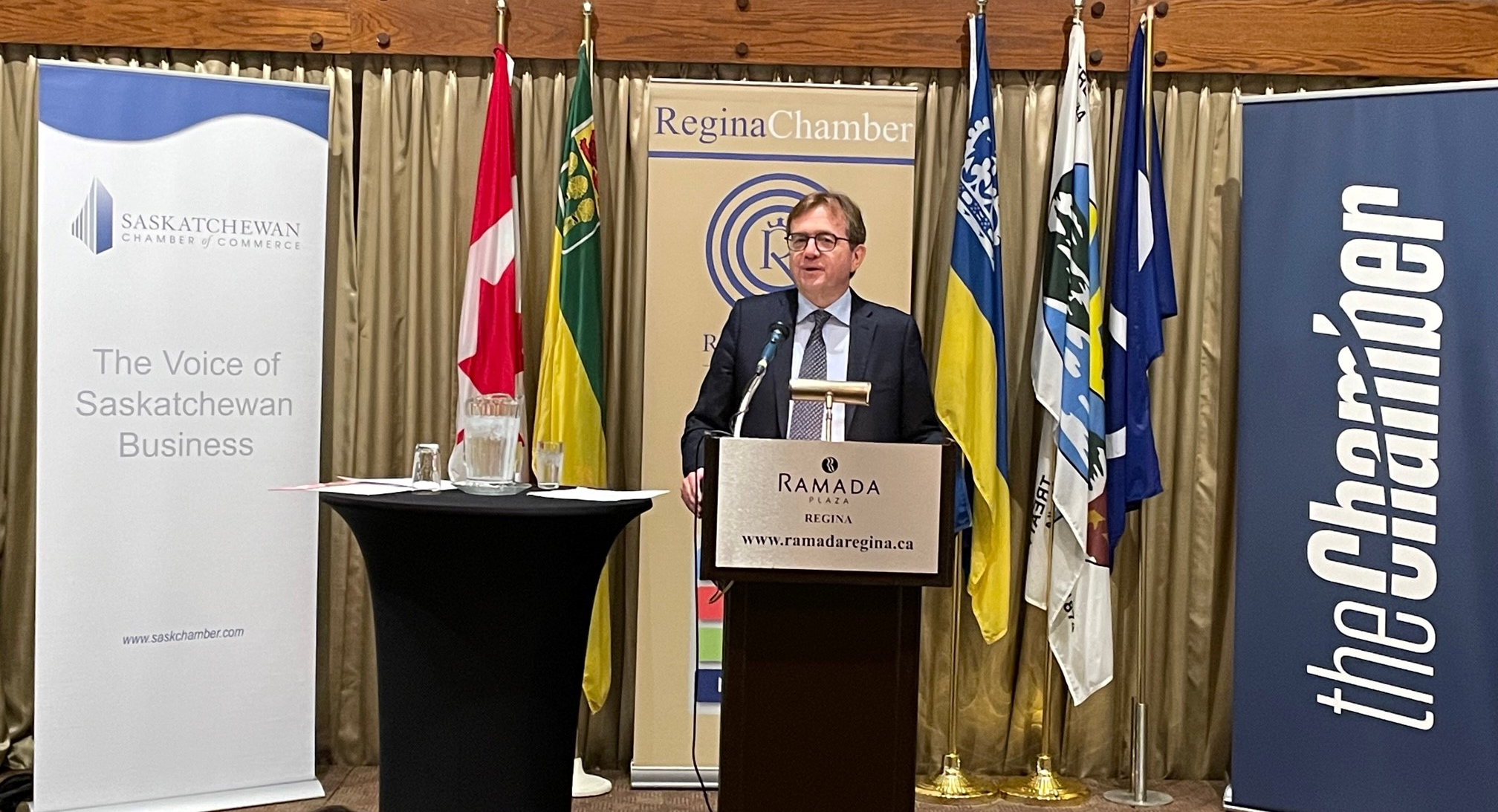 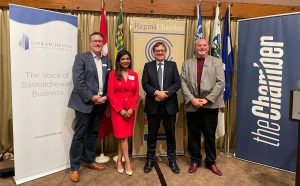 Wilkinson touched on a number of topics in his keynote address. Here are a few excerpts from his 20-minute presentation and a 20-minute Q&A session.

n Canada’s labour force numbers will challenge employers in Canada and Saskatchewan but he is confident the province has many opportunities in the natural resources field to power the economy.

“I will tell you that my greatest fear is not that we will have access to labour that we don’t know what to do with, it will be that we are actually labour short, that we will not have sufficient labour to be able to actually pursue economic opportunities that present themselves to Canada. In the case of Saskatchewan, I don’t need to tell you that the economic opportunities are plentiful. This province is blessed with an abundance of resources that feed, fuel and fertilize the world. Saskatchewan produces more than one-third of Canada’s primary energy from renewable and non-renewable sources, and is one of the few jurisdictions in the world that possesses crude oil, natural gas, uranium, geothermal, wind, solar, and hydropower devices.

“When it comes to mining, this province is already punching above its weight, with 23 of the 31 critical minerals Canada has identified is essential for the global economic security. Going forward, you have more than 20 operating mines producing a range of different minerals. And Saskatchewan has many, many untouched deposits of key minerals that are available for development.”

n Wilkinson believes that many Canadians understand the importance that the reduction of carbon emissions will have on the future of Canada and the world.

“What we need at this time in our history is a thoughtful, collaborative and ambitious economic strategy that will ensure wealth in every region of this country while ensuring that we meet our ambitious climate and nature goals . . . I also believe that the vast majority of Canadians in every province and territory understand the reality of what the world would look like that we will leave to our children if we do not take action to reduce carbon emissions.”

n He addressed the perception that the federal government ignores or discounts issues that are important to Saskatchewan residents.

n The federal government recently approved returning repaired turbines for the Nordstream Pipeline to Germany which would allow for the movement of Russian oil and gas. The decision was made after consulting with Germany, Ukraine and the European Commission. Wilkinson said while it is important to continue supporting Ukraine in its war with Russia, this decision also took into account the impact that a closed pipeline would have on Germany and the European Union. If the pipeline remained closed, it would’ve have resulted in chaos in Europe.

”What that would mean (is) that the Germans have put into place measures and a plan with that would immediately have ended the shutdown in a large amount. The German industrial base would have protected homes and those things, first in terms of supply gaps, that would have thrown hundreds of thousands, perhaps more, people out of work. That would have cascaded through the European system, and you would have seen significant impacts on the rest of the European economy. And that would have, in my estimation, eroded European support for the support for Ukraine. In the long run, it would have divided us at a time where we actually need to be united.”

2023 BOARD OF DIRECTORS — EXPRESSION OF INTEREST